How do advertisers working on “pro bono” projects justify working for free? How do they understand the relation between paid and unpaid advertising campaign?

Together with Iddo Tavory and Sonia Prelat (NYU), this book project, under contract with University of Chicago Press, explores the alignment and misalignment of various goods and the “moral privilege” they make possible. A paper from the book project is currently under preparation. 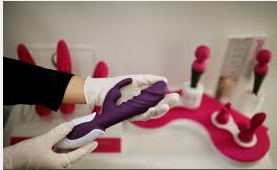 How did the formerly taboo sex toy industry become moral and mainstream? What do these material objects reveal about the contemporary state of intimacy and sexual behaviors? How do sex technologies reflect, reinforce or resist gender inequalities in access to sexual pleasure?

The dissertation project involved ethnography and interviews with designers and manufacturers of sex toys. The project is currently in preparation as a book.

In the wake of Hurricane Sandy in 2012, Dr. Ronen joined with other researchers in forming Superstorm Research Lab (SRL), a mutual-aid research collective working to understand how NGO leaders, activists, volunteers and residents were thinking about social, environmental and economic issues. In 2013 the collective authored a white paper arguing that there were two competing interpretations of the Superstorm. On the one hand it was seen as a weather event that temporarily moved the city from its status quo. And on the other Sandy exacerbated crises that existed prior to the discrete event.

What does it mean to be a creative professional? How do personal and professional identities inhere in everyday experiences of work? How does the identity category differ for men and women?

This project involved interviews with designers at multidisciplinary agencies in the US. One paper from this project showed how postfeminist ideology obfuscates ongoing inequality in the design context.

How are university and college students experiencing sexual behavior and relationships? What differences are there between the experiences of men and women?

Working for Paula England on her large study of college courtship, Dr. Ronen conducted interviews with undergraduates about their sex and relationship histories, and ethnography of college socializing. The work culminated in a paper in Gender & Society (2010) arguing that women systematically save face for men when rejecting public sexual advances.